A New Rescue Organization Listed Below !

Animal Ministry is happy to let you know that there is a sanctuary for farm animals in the Strawberry Plains area here in Tennessee.  It is Starlight Farm Animal Sanctuary.  They have a nice website at www.starlightfarmtn.org.  I'll put more complete info in my organizations list below.  Please scroll down :)
Posted by Clara the Lady Wolf at 9:11 AM No comments:

First, kudos to cartoonist Patrick McConnell, whose "Mutts" cartoons appear daily in many newspapers. Always entertaining and positive, they also remind readers of the importance of spay/neuter and kindness and love for companion animals.  He has a link at adoptapet.com/muttsevent.  Thank you, Patrick :)

And for this blog's new readers ... Welcome ... and a brief note to ask you to please scroll (way) down for my huge list of organizations that help animals.  On the way, you will find news bulletins and new organizations added. Thank you very much for helping our fellow-travelers, the Animals!
Posted by Clara the Lady Wolf at 9:00 AM No comments:

Pets For Vets is an organization that benefits shelter dogs and U.S. veterans with PTSD, by matching vets with dogs who match and complement their personalities and needs.  The dogs' lives are saved (they are all from animal shelters) and the vets' lives are enriched and often also saved (there are millions of dogs who are euthanized in shelters each year for lack of homes ... and, also each year, there are thousands of veterans whose lives are lost to suicide).  This is a very worthwhile organization with chapters throughout the country. Their website at www.petsforvets.com has a map that shows the location of their many chapters.  I note that there are no chapters in Tennessee as yet; I hope there will be one soon.  But for Tennesseans there are chapters in neighboring states that can be contacted.

Also (and this is how I learned about Pets For Vets) there is a Katie Couric video called How Shelter Dogs Are Helping U.S. Veterans Battle PTSD.  It's an awesome video that features several veterans, each with his/her special dog companion.  The link to the video is:
https://www.yahoo.com/news/how-shelter-dogs-are-helping-us-veterans-battle-131135008.html.
Posted by Clara the Lady Wolf at 8:43 AM 1 comment:

If you care about what is happening to our country's wildlife and eco-system at taxpayer expense ... and want to help stop its brutal destruction, please visit the excellent website of:


"Jan. 2016 - In these harrowing 21st century times we need the wild, the solace of nature, more than ever before. And it has never been harder to find, or under broader attack."

Stop the USDA's Brutal, Wasteful and Counter-Productive War on Wildlife

"Every year a secretive program within the USDA misnamed "Wildlife Services" kills millions of animals under the guise of predator control. Their slaughter includes over 100,000 vital native predators like bears, mountain lions, bobcats, coyotes, foxes, and wolves. Wildlife Services spends millions of your tax dollars on unnecessary aerial gunning, poisoning, shooting, snaring, trapping and bludgeoning—all at the request of ranchers and state wildlife management agencies. In the process they endanger pets and humans, and often increase the very predator populations they are trying to reduce. Watch former federal agents and a Congressman blow the whistle on Wildlife Services in our award-winning film, 'EXPOSED: USDA's Secret War on Wildlife.' "
(go to Predator Defense's website to view film).

Posted by Clara the Lady Wolf at 6:47 AM No comments:

The March 2016 issue of Harper's Magazine contains a well-written and documented article that ought to be read by animal lovers and advocates of humane ethics.  The article is hard to read because it describes, by a prominent investigator/writer, a horrifying activity being carried out in some areas of our country by what is termed a "rogue agency" involving corrupt US Fish & Wildlife officers.  The happening witnessed by the investigator involves a wildlife officer using the dogs from the city's dog pound (in a Texas city and county) for demonstrating the use of a cartridge of very lethal poison that is shot into the animal's mouth.  This was done under the guise of how to poison coyotes and other "target" animals.  A wild animal, of course, would never allow its mouth to be opened by a person … so the nature of what happened in the Texas city was torture and bullying by this man on a docile collie dog, "training" his men to follow his example.  The tortured dog was was poisoned with the cartridge, given an antidote, and promptly shot again with another cartridge ... and kicked into a pit while he/she was in the process of dying.  These men are on the taxpayers' payroll.  The man who committed the atrocity was later sent to the eastern part of our nation where he has another managerial position. "The Rogue Agency -- A USDA program that tortures dogs and kills endangered species" by Christopher Ketcham is in the March issue of Harper's Magazine.  I'm hoping that with the combined help of our nation's animal rescue organizations, American citizens, and honest U.S. legislators, this monstrous situation can and will be stopped.
Posted by Clara the Lady Wolf at 7:29 AM No comments:

Please read the  wonderful post about dog rescuer Greg Mahle on http://www.ladywolfsnotes.blogspot.  It's a happy and inspiring story about a wonderful man!
Posted by Clara the Lady Wolf at 4:47 PM No comments:

An article by Associated Press has announced that starting on January 1st of this new year. the state will maintain a statewide animal abuse registry which can be accessed by anybody. There you will see a picture of the offender and other information about him/her such as age and address. The Tennessee House of Representatives and the Senate passed the legislation in May that would allow the Bureau of Investigation to create this website.

For this we  have to thank State Sen. Richard Briggs, R-Knoxville, who co-sponsored the bill, which was modeled after registries that are kept of sex offenders.  The registry will list those persons convicted of aggravated animal cruelty or felony animal fighting. The article I viewed was on WBIR a few days ago. I do not know what other legislators initiated or sponsored the bill. Also mentioned in the item is Bright Hope Animal Rescue in Greenville, the owners of which are pleased to have the new legislation -- and who hope offenders will always be kept on the registry, rather than drop off the list after a certain amount of time. I agree. There are some other states that have initiated a similar animal abusers' state registry. The sting of minimally-punished animal abuse was very much on my mind as I thought of Beauty, the sweet dog whose owner intentionally starved her to death  recently.  It is essential that prosecutors regard animal abuse as the heavy duty crime that it is and to punish abusers accordingly  with prison time as well as fines (and being listed on the Registry).


Posted by Clara the Lady Wolf at 4:35 PM No comments:

"Our task must be to free ourselves ... by widening our circle of compassion to embrace all living creatures and the whole of nature and its beauty". 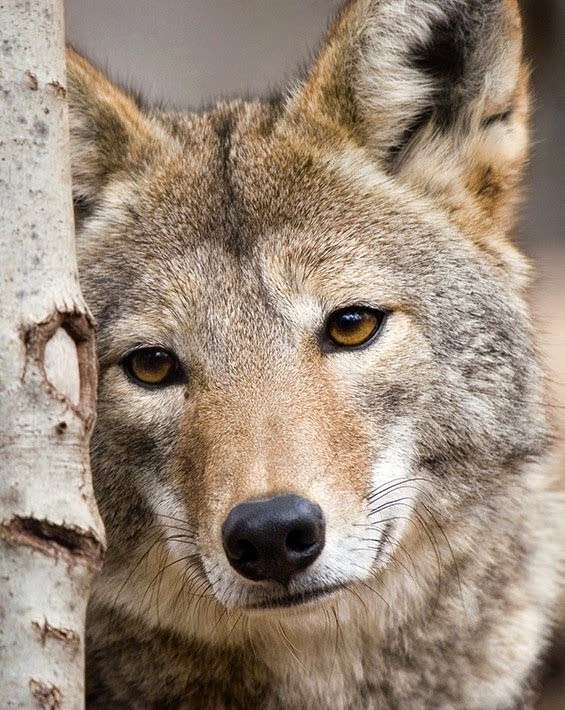 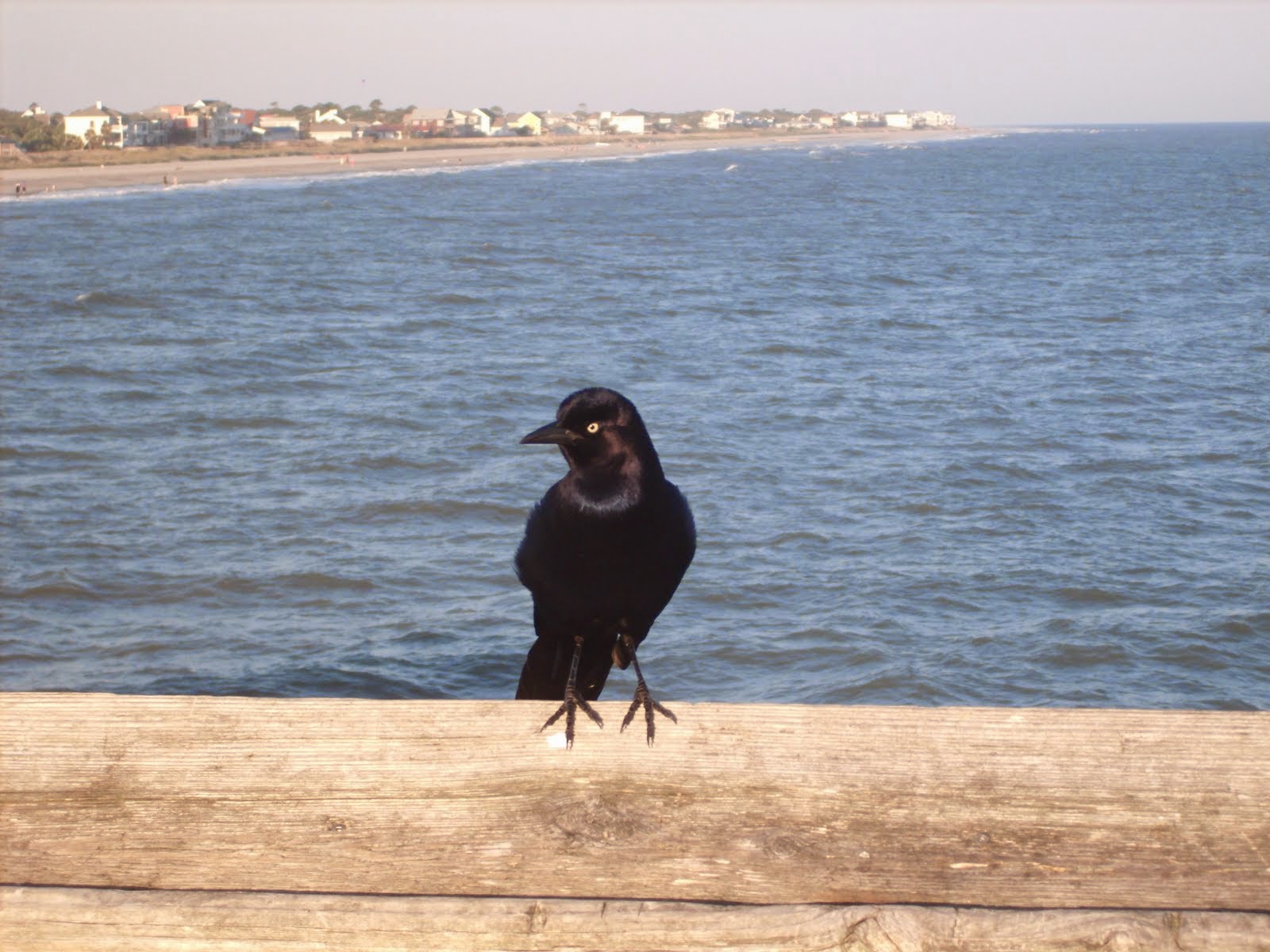 "Today more than ever before, life must be characterized by a sense of Universal Responsibility, not only nation to nation and human to human, but also human to other forms of life." 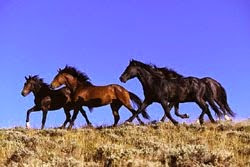 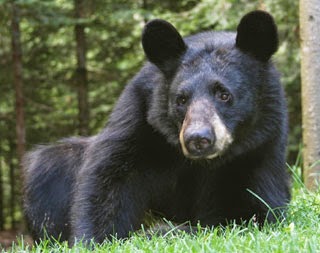 "If all the beasts were gone, man would die from a great loneliness of spirit, for whatever happens to the beasts also happens to man. All things are connected." 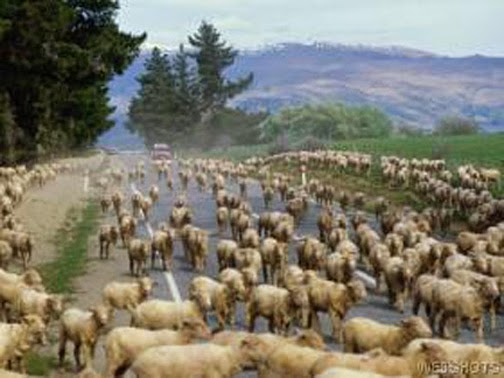 "The animals of the planet are in desperate peril. Without free animal life I believe we will lose the spiritual equivalent of oxygen."

give me the wide open spaces! 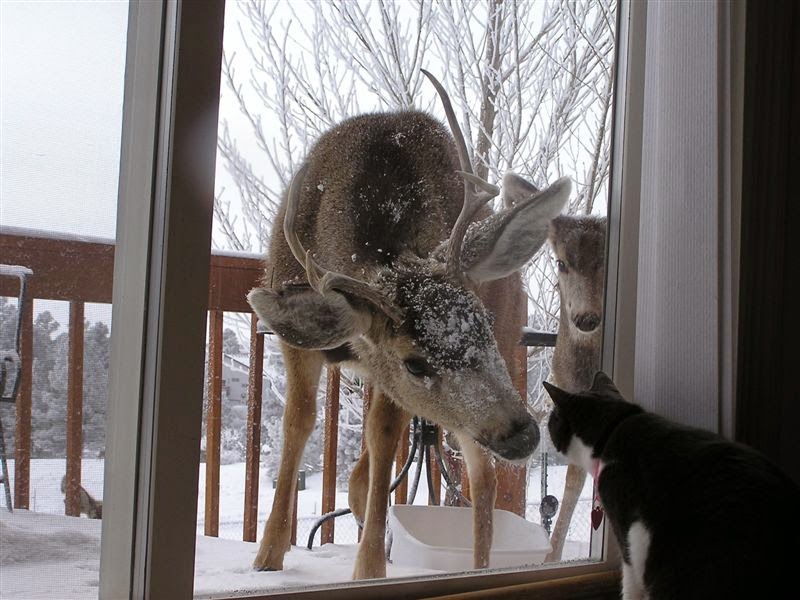 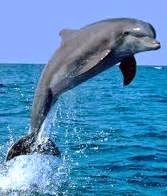 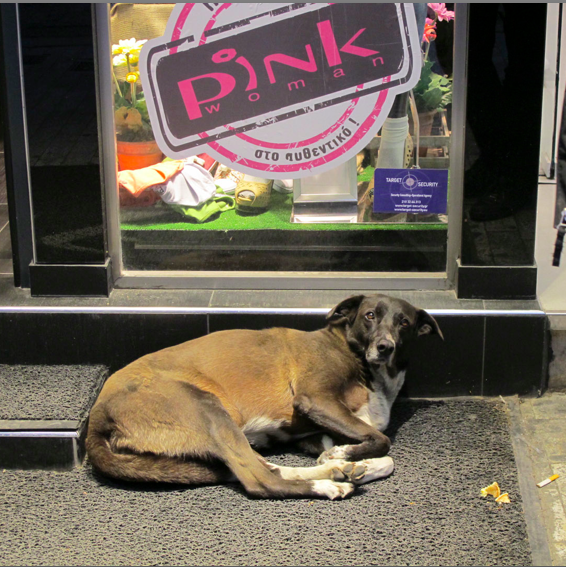 I named him Aristotle

"An animal's eyes have the power to speak a great language". 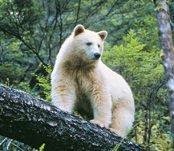 Clara the Lady Wolf
Hello, I'm Clara the Lady Wolf, life-long singer-musician (keys and bass) and songwriter. The moniker is linked to my affinity to the wolf, its expressive wide-range voice, and a thread of Native American ancestry. I teach piano and have a Ph.D. in holistic health, do solo performances and love to jam with other musicians; also I do a bit of hand-drumming. My other life-long endeavor is advocating on behalf of animals and nature. For 13 years I presented a humane education program throughout east Tennessee. If I were wealthy, I would be a major philanthropist. Currently, I am a minor one, but doing my best. Please visit www.claralandau.com to hear some of my songs and see pictures. You also can find me and many of my songs on Reverbnation and on Sound Cloud. My video Love vs Warzilla is on YouTube at https://www.youtube.com/watch?v=OltBCIZ6Gxw; it has my speech followed by my song I Love All The Voices. I am a serious subscriber to Love -- both the altruistic and personal modes! I encourage you to send your blog comments along to me :) 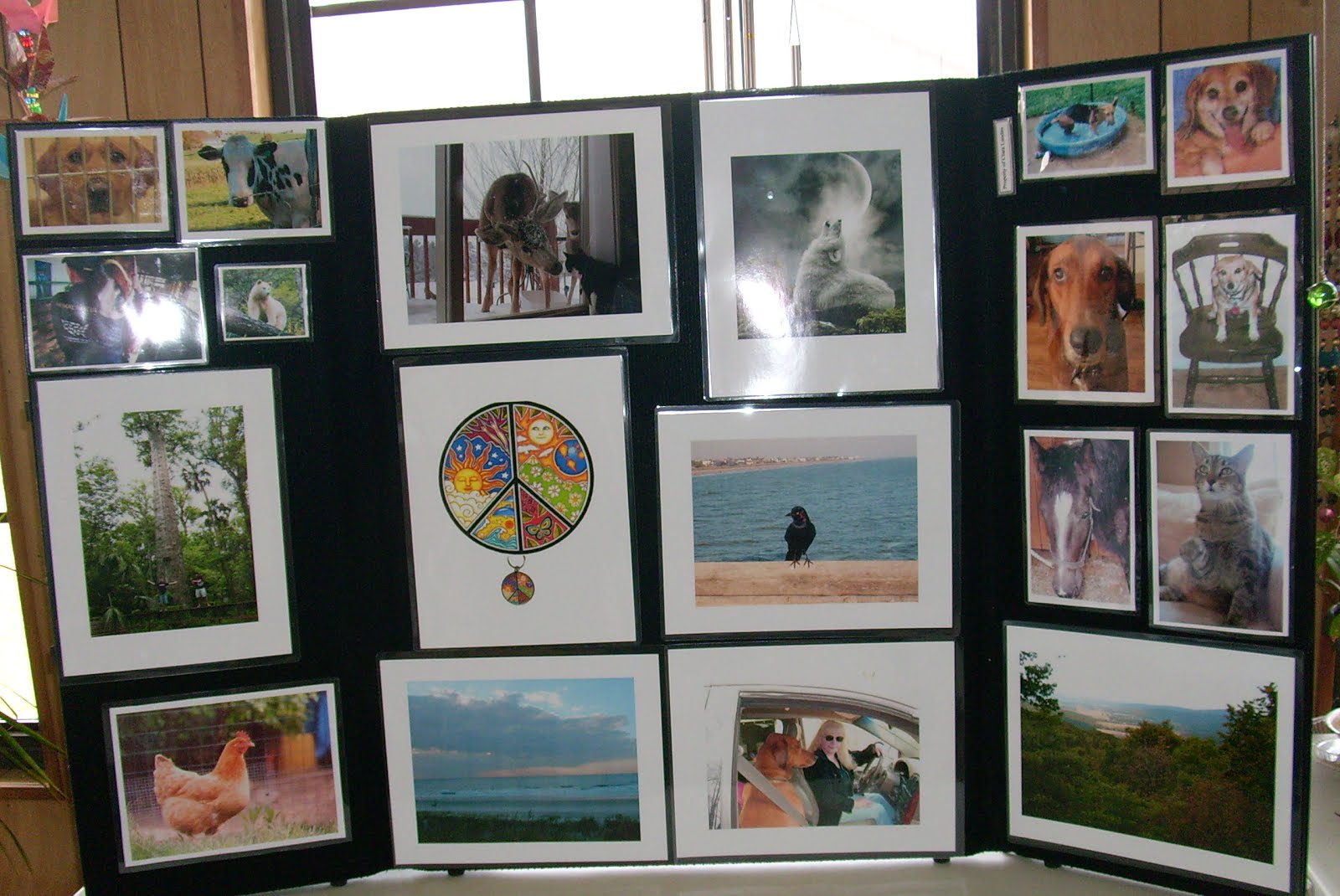